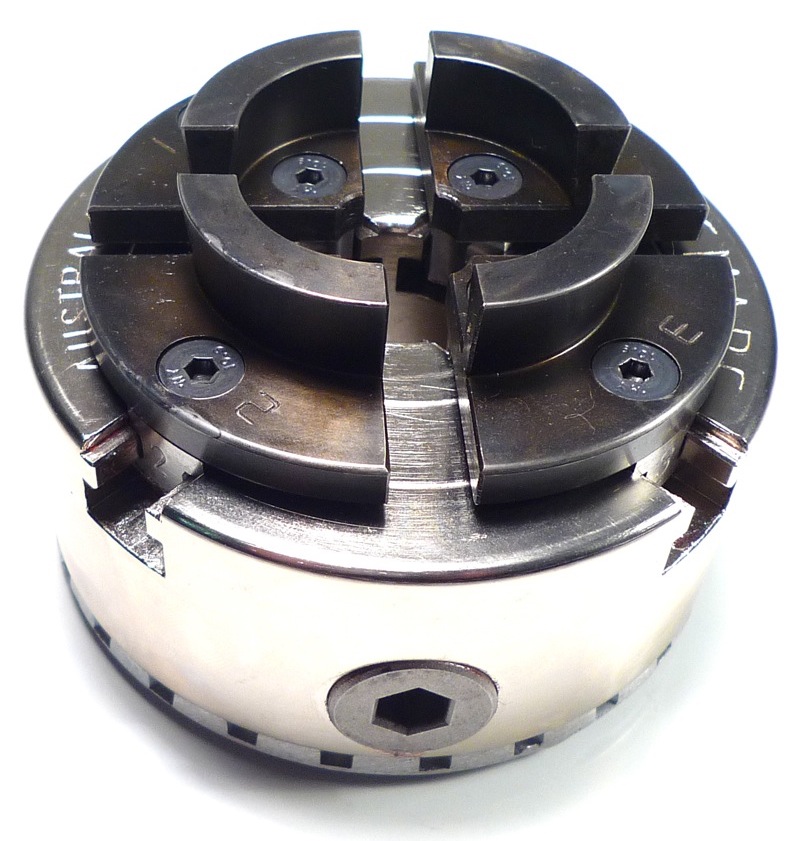 Self centering, 4-jaw lathe chucks are commonly used in ornamental turning for work holding. These are the same chucks used on "traditional" lathes, though it is more common to see the smaller models in ornamental turning. These are commonly called Scroll Chucks. (Note, I would avoid the ones that tighten with twin levers as they are harder to tighten whilst simultaneously holding the object, but that is my personal preference.)

The versatility of changing out chuck jaws (depending on the work intent) makes work holding easier than in the past when faceplates and shop-made jigs were the most common options. I have even used my Cole jaws for some larger pieces.

In ornamental turning, there are many other types of chucks that get used to hold the work, and John Edwards has a great document about these accessories, though Holtzapffel's Turning and Mechanical Manipulation, vol. 5 is considered the reference for these. An overview of many is on this web site.

Other chucks are outlined in this Encyclopedia.

Historically, chucks would sometimes get used together. For example, a dome chuck might be combined with an oblique chuck to give the needed cutting profile. That is why is common now to see the simple chucks are often built into other chucks.

One that can be a particularly useful for one new to ornamental turning is the Paper Chuck. It can be used to help visualize the design that will be cut into the wood. This is especially useful for understanding how the shape changes as the cutter is moved away from (or towards) the axis of rotation.

If you opt to make a dome chuck, an eccentric chuck, or an oblique chuck, take a look at Alisam Engineering. They make a number of parts that would make the production easier.