The lathes below are shown in order of popularity based on commentary from users with whom I have spoken. These are some very good options to give you some ideas.

In a related note, I've catalogued some lessons learnt from making a cutting frame. The MDF Rose Engine Lathe is oftentimes how people get started in this craft / hobby. This machine may look pretty basic, but don't be fooled. There are some very awesome aspects to this machine. 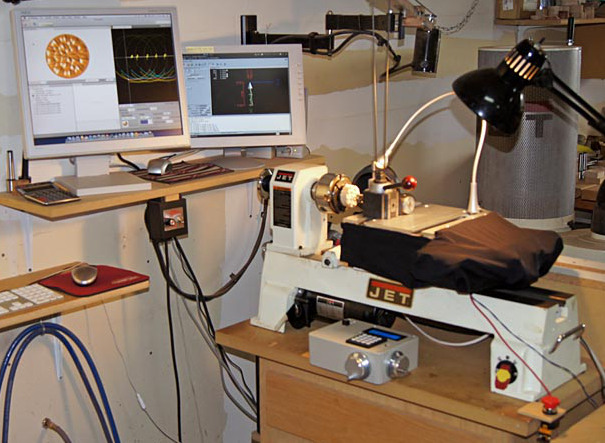 There are two ornamental turning artists who are at the leading edge of driving the craft forward with the use of computer assistance : Bill Ooms and Dewey Garrett. Both live in the Prescott, Arizona area.

Bill Ooms is an accomplished artist who has created great works. The piece that I consider to be his most beautiful is shown to the left (he was very kind to share it).

The August 2014 edition of "American Woodturner", Vol 29, #4, has a great article about Dewey Garrett and his art.

In my correspondence with Bill and Dewey, both have stated that they prefer the term "computer-assisted" over "CNC". Their reasoning is that the use of a computer to help the artist achieve his goal is quite different from the typical use of computer numerical control (CNC), especially as CNC is identified with the repeated production of given object, not one-off artistic work.

Dewey Garrett published these videos showing the use of his custom-built LinuxCNC-driven lathe in use. Dewey does masterful work, and these are great examples of his lathe in action.

Bill Ooms documented the building of his Computerized ORNamental Lathe (COrnLathe™) on his web site. That site has a load of great information, and I won't take the time to repeat it here as Bill has done such a great job. Bill is to be greatly commended for freely sharing three things :

Some additional information is available about this machine on the Rose Engine Approaches page.

Adrian Jacobs built his own rose engine lathe using parts from "an old bedstead". His notes about doing that process are below. Whist these instructions are not detailed enough to be followed, they show how much fun you can have just building a machine (if that is something you like). And, it shows a really cool use of the rose engine lathe with a laser for engraving.

Having got thoroughly immersed in building the Rose Engine, I thought that I would share some further thoughts about building and using it. 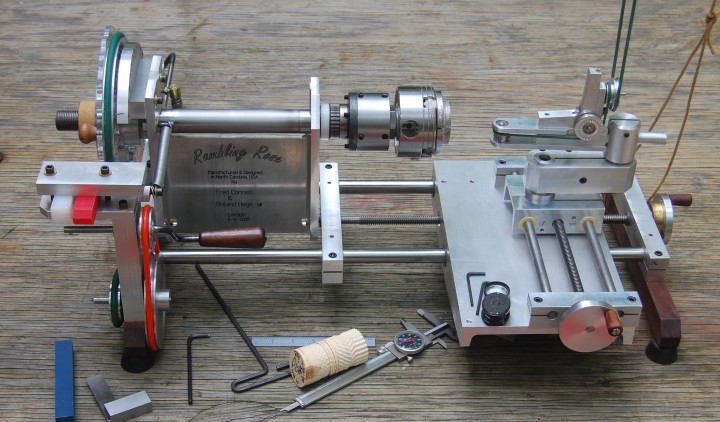 Roland Hege and Fred Connell designed and built the Rambling Rose specifically to use in demonstrations. They had a list of 10 or so specific, design criteria that constrained their design; things such as it needed to weigh less than 50 pounds in its wooden shipping container.

Roland and Fred published their story and engineering plans for anyone to use to build their own non-commercial rose engine at OrnamentalRoseEngine.com. Fred noted to me that a fair level of metal working skills are required to build a "Rambling Rose" design.

Please do note that this is meant to be a portable machine for demos. So, if you are seeking something more permanent, you should look at a different, more robust design.

Fred also noted that, in his quest to learn about rose engines, many people helped him. As a give back, he created the OrnamentalRoseEngine.com website as a reference. He have never wanted to commercialize it and he tries to answer the questions it generates. 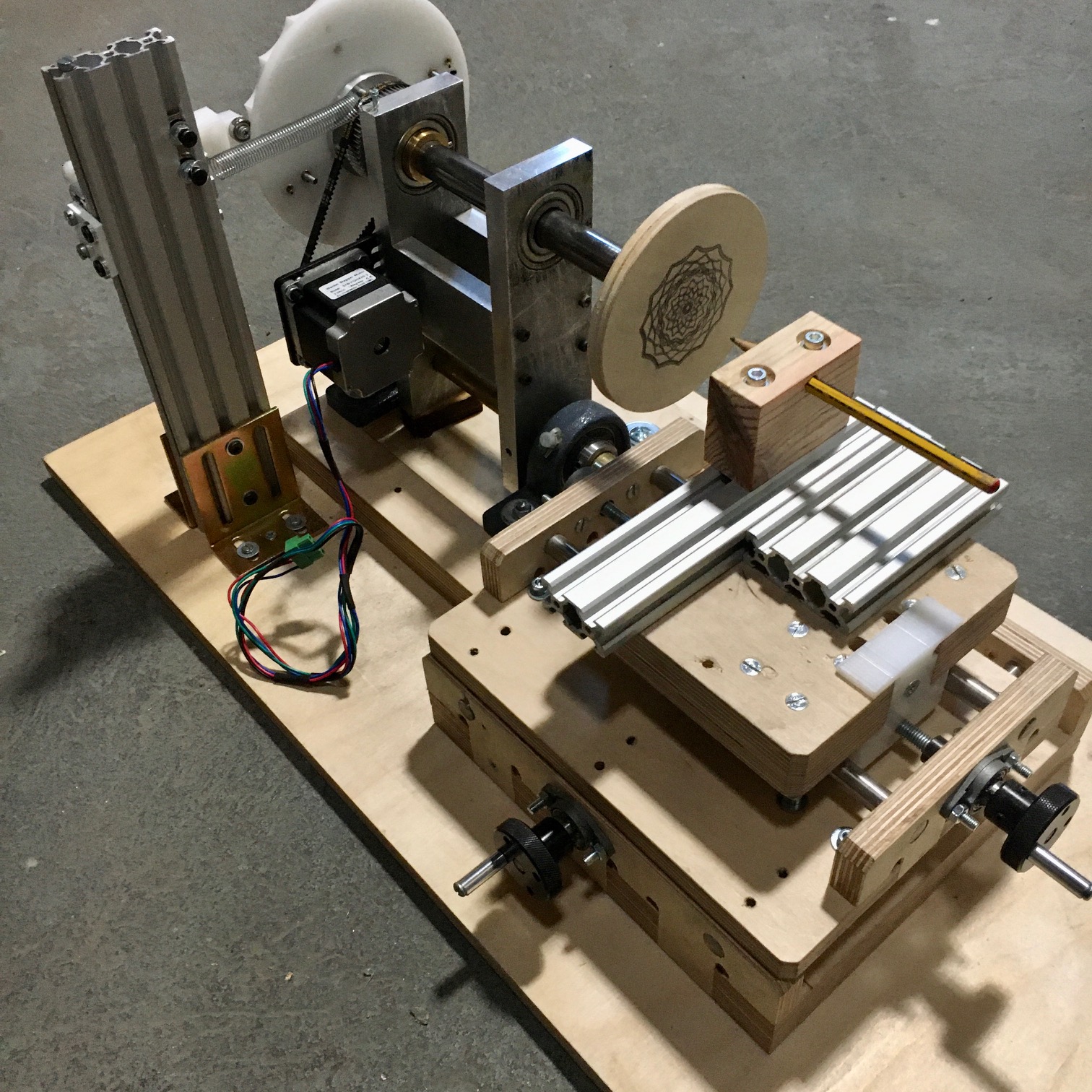 Jean-Michel contacted me in August 2020. I've paraphrased his note below:

I really hoped that this site would help those new to OT to get started. And I believe Jean-Michel has been able to truly absorb the ideas of a rose engine lathe. Jean-Michel's machine has some really neat features of note: